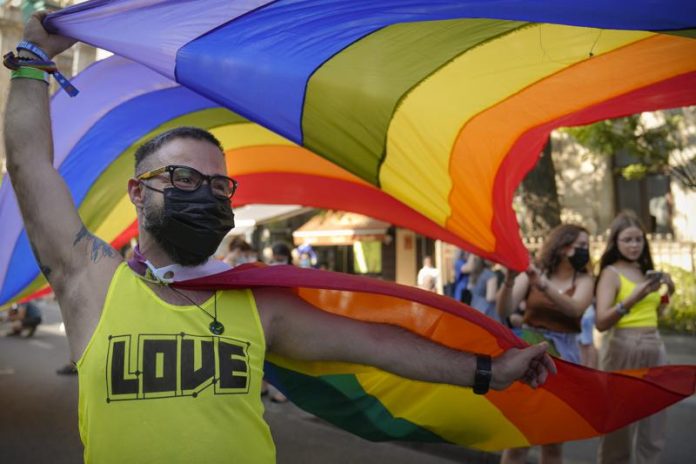 A few thousand LGBT supporters marched in Bucharest, Romania’s capital, Saturday to support a gay pride parade. The parade resumed last Saturday after a year-long pause because of the pandemic.

Young and old marched through the streets of the capital, waving flags and blowing whistles.

Teodora IonRotaru, the executive director of ACCEPT Association (a LGBT rights group), told The Associated Press Bucharest Pride, which began in 2004, “remains a demonstration that asks for only the basics.”

Ion-Rotaru claims that although Romania joined the European Union in 2007, and it prohibits discrimination on the basis of sexual orientation, state protections don’t often go far enough.

She stated that the march asked for protection against violence, discrimination, and protection from being fired because of your sexual orientation or gender identity.

Eurobarometer’s 2019 opinion poll found that 38% agreed that gay, lesbian and bisexual people should be treated the same as heterosexuals. 54% disagreed.

România, a country with more than 19million inhabitants, has been decriminalizing homosexuality for 20 years.

“I hope that my parents’ speech will be heard on stage by other parents,” Istodor, who is a project coordinator at ACCEPT Association, said. It’s about accepting your children as they are.