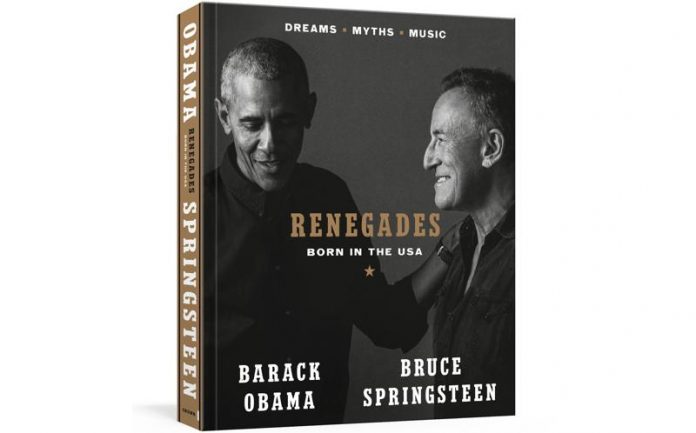 Barack and Boss have a new chapter in their friendship.

“Renegades, Born in the USA” is a bound issue of the “Renegades Podcast”. It features conversations about everything from cars to fame and the country between Bruce Springsteen and former President Barack Obama. Penguin Random House and Obama’s Higher Ground announced Thursday that “Renegades” will be released on October 26. The book, which will retail for $50, will contain rare photos, Springsteen lyrics written by Springsteen and annotations from Obama speeches.

Obama stated in a statement that “Over the years, we’ve discovered that we have a shared sensibility.” “About family, work, and America. Bruce and I have traveled parallel paths to better understand the country that has given us so much. To record the stories of its citizens. We are looking for ways to link our individual search for meaning, truth, and community to the larger story about America.

Springsteen stated in an introduction to the book that he and Obama had raised serious questions about the “fate” of the country and its fortune, as well as the destructive, ugly and corrupt forces that want to destroy it all.

Springsteen wrote, “This is the time to seriously consider who we want and what kind of country will leave our kids,” after receiving a Medal of Freedom in 2016 from Obama. Will we allow the best of us to slip by our hands or will we unite to face the fire?” You won’t find all the answers in this book, but there are a few seekers trying to help you ask better questions.

Although they aren’t necessarily bad, they need to be controlled