“I announced this morning to the members of Europe Ecologie les Verts my resignation from my duties as National Secretary”, explains Julien Bayou in a press release.

He will also announce during the day to his parliamentary group his “resignation from the Presidency of the environmental group in the National Assembly”, a post from which he had already been suspended for a few days, he added.

The national secretary of EELV says he is “accused of facts which (him) are not presented, of which (his) accusers-ices say that they are not criminally reprehensible”, and of which he cannot defend himself “since they refuse to hear me,” he explains.

“This situation is untenable and the deleterious context seems to prevent any discernment, at a time when society is rocking and seeking the point of balance for this so necessary feminist revolution”, he added, stressing that his decision “does not call back in question” nor his mandate as a Member of Parliament nor his “present and future commitment”.

This resignation comes after accusations of moral harassment by an ex-companion. The facts of which he is accused are not clearly known, no complaint has been filed and no judicial inquiry has been opened.

The case was revealed in July, when the internal cell of EELV on sexual violence and harassment, was seized for a report concerning him.

But she took a new turn last week, when MP Sandrine Rousseau accused him of “behaviour likely to break the moral health of women”, and said, on a TV set, having “received a long time” at her home. a “very depressed” ex-girlfriend of Mr. Bayou.

The ecofeminist had also assured that “they are obviously several” to be affected by these behaviors.

She then responded to an inquiry, via Twitter, from the Relève féministe collective, which was surprised at the slowness of the internal investigation concerning him.

In the midst of the Adrien Quatennens affair – the Insoumis deputy who admitted domestic violence on his ex-companion – the office of the environmental group in the Assembly had decided last week to suspend Julien Bayou from his duties as co-president, who he occupied with Gabrielle Chatelain.

And the coup de grace was given on Sunday by the former presidential candidate, Yannick Jadot, who judged that “for the serenity of the” internal investigation, he would be “of good intelligence (…) that we are accelerating his withdrawal from the national secretariat of EELV”, during the program Grand-Jury RTL / Le Figaro / LCI.

Julien Bayou should have left his post as national secretary to the Congress anyway, scheduled for December, since according to the statutes of EELV, he cannot combine his functions as deputy and party leader.

On the charges, Mr. Bayou, who is to hold a press conference on Monday afternoon, explained in July to Le Figaro, that it was “a rupture which is accompanied by barely veiled threats to my place and a form of instrumentalization that I can only deplore”.

On franceinfo, MEP EELV Karima Delli “takes note” of Julien Bayou’s decision, explaining that “we are at a time when violence against women is a priority subject”.

But she points out that “a cell has been seized”, which for the moment “has not rendered any conclusion. I do not believe that one can do justice oneself, the court of opinion must not exist” .

This resignation adds a dose of chaos within EELV, where an internal referendum to simplify the organization and adapt the party to the “conquest of power”, was rejected this weekend by the members.

This referendum, carried by Marine Tondelier, who should seek the head of the party in December, and supported by the management, marks a clear division within the party, already known for its opaque debates and internal struggles. 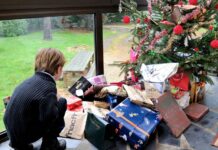 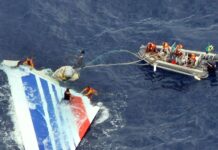