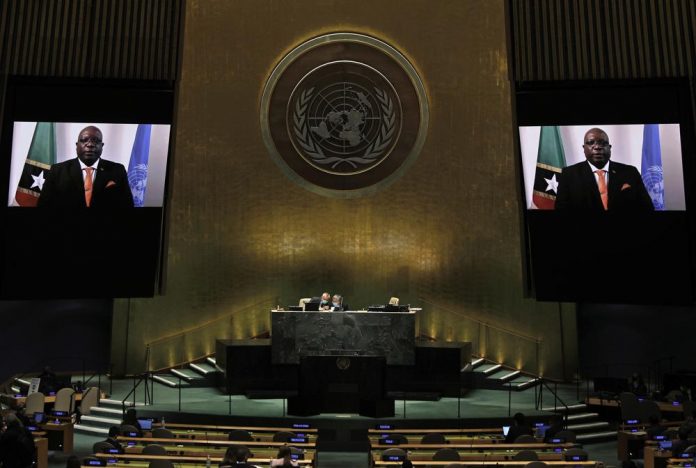 One year after Black Lives Matter protests sparked a global reckoning about the centuries-old racism Black people still face, the issue of reparations was a prominent topic at the largest gathering of world leaders this year.

The U.N. General Assembly backed African and Caribbean countries that could benefit from reparations, but those responsible for slavery or colonialism spoke little about their responsibilities to African descendants.

Representatives of countries unlikely to be tapped to repay — Cuba and Malaysia included — joined leaders from Africa (South Africa, Cameroon and Cameroon), the Caribbean (Saint Kitts & Nevis, and Saint Lucia) in explicitly supporting the creation of reparation networks.

The following countries were not included in the renewed global discussion on the topic: Germany, Britain, and the United States. These wealthy and developed nations have been able to build their wealth through conquests of various kinds.

Philip J. Pierre is the prime minister of Saint Lucia. He stated that “Caribbean nations like ours, who were exploited to finance Europe’s development, have made a case for reparations in slavery and native genocide.” In recognizing, acknowledging, and compensating victims for crimes against humanity, there should not be any double standards in international systems.

An examination of who has been talking about the issue over the past week shows that, while there is growing support for literal payback to Africa and the forced diaspora which ravaged it, substantive engagement by major powers is still limited.

For example, U.S. President Joe Biden did not mention it in his address. However, the White House stated earlier this year that it supports studying reparations to Black Americans. The U.N. office. Ambassador Linda Thomas Greenfield is an African American who didn’t comment on recent reparations talks.

The world is trying to find a way to reconcile with South African President Cyril Ramaphosa’s statement that America’s slavery history was a pivotal issue.

Ramaphosa stated that “its legacy persists throughout the Americas and the Caribbean, Europe the Middle East, Europe, the Middle East and Africa themselves,” during a meeting on reparations at the General Assembly. “Millions of descendants of Africans sold into slavery are still trapped in poverty, underdevelopment, disadvantage, discrimination, and poverty.”