Following a series of pilot errors during the approach to Moroni airport, Yemenia flight 626 struck the Indian Ocean on the night of June 29 to 30, 2009, taking with it 142 passengers, including 66 French, and 11 crew members.

Only a 12-year-old girl, Bahia Bakari, had survived.

The Yemeni national company “quite conveniently places all the blame on the pilots” but it “participated in the errors” which led to the disaster, argued prosecutor Marie Jonca, on the last day of this trial which began May 9.

“You have in this cockpit two pilots who do not have an equivalent professional level”, the co-pilot having “real operational shortcomings”, estimated the representative of the public prosecutor’s office.

They “do not know how to work together” and “have never been trained specifically to approach this difficult and particular terrain of Moroni airport”, the capital of the Comoros, she continued.

In addition, “you have two pilots who will continue an approach in delicate conditions, at night, in a way that is prohibited by law (and) in dangerous circumstances”, due to the breakdown for several months of certain airport lights.

“Despite these circumstances which it knew”, the company did not decide, “as it was able to do immediately after the accident, to simply prohibit night flights during this period”, underlined Marie Jonca.

If it continued these night flights, it is “for commercial reasons”, estimated the prosecutor, stressing that Yemenia had become in fact, from 1999, the national company of the Comoros, where it operates in a position of ” monopoly”.

To travel at “affordable” prices, the Comorians had “no other choice” than to board its planes, insisted the magistrate, speaking of a population “taken hostage”.

For the prosecution, Yemenia committed “omissions” and made “bad decisions”. She “waited for the accident to happen. The company had reactive risk management, proactive management was expected of her”.

By condemning the company, it is a question of “remembering that respect for life, for the physical integrity of the human person, strictly does not allow any compromise”, noted Ms. Jonca.

The maximum sentence provided for by French law “will never be equal to the pain and damage suffered by the victims”, but “I do not see how I could not (it) require it”, she summarized.

The prosecutor also asked for the publication of the court’s judgment on the company’s website, which could resume commercial flights in favor of a truce in the war in Yemen.

“I want people, when they go to buy tickets from this company, to really know what happened,” she said.

In the large courtroom, a hundred relatives of the victims came to listen to the requisitions. In the front row sat Bahia Bakari, 25 today, who survived by clinging to the wreckage of a plane for about ten hours, before being rescued by a boat.

No company official, who disputes any “failure”, is present before the Paris Criminal Court because of the war ravaging Yemen, according to the company’s lawyers who, as the law allows, represent it since the start of the trial.

They must plead for release in the afternoon. 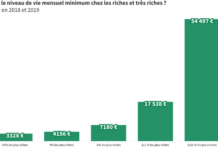