“We call ourselves moles because we live underground,” jokes Kateryna Talpa, the director of a call center, who has lived since the start of the Russian offensive on February 24 in the station of metro “Heroes of Labor”, in the Saltivska district, one of the most affected by the shelling of the second city of Ukraine.

Hat on her head, very white skin, Kateryna, 35, admits without question that life is difficult on this metro platform. “We’re tired. You can see how little comfort we have,” she sighs, pointing to mattresses on the floor, blankets and some food in a box.

She and her husband Yuri have become accustomed to this station decorated in the purest Soviet style with realistic art bronzes and in particular a sculpture of Lenin. Their two cats Marek and Sima, attached with a leash, are quiet: “they have also got used to” after the first difficult days.

Some 200 people still sleep every night in this station which has received up to 2,000, refugees sleeping everywhere, even in the wagons. The smell and the humidity in the air were then difficult to bear.

“I had never been sick before and here I got bronchitis for a month,” Kateryna recalls.

Yet she is refusing to leave for now as the noose around Kharkiv has loosened and the Russians appear to have moved their troops from the region to focus on the south.

“The Russians have not been repelled to the point that we are quiet. We are still within range (of guns or missiles). The war is not over,” she analyzes.

“I’m afraid to go back (to my house). Kharkiv was shelled again yesterday (Wednesday evening). During the day, you can hear the detonations. Neighbors who tried to sleep in their house came back to the metro, “says Kateryna.

“There is nothing safer than the metro. Even the basements of buildings are not safe,” she concludes.

It is true that the network was planned to turn into a shelter at the time of its construction, agrees Yulia Fedianina, 33, who points out that even if the Ukrainians were not “psychologically ready for war”, the structures of the metro intended to face bombardments were “checked” on a regular basis.

“There are people who don’t want to leave. Some haven’t left the metro for the first few months. They only feel safe here. the metro. It will only be possible to move some people with psychological help,” she said.

Guennadi, a 72-year-old retiree who does not want to give his last name, is among those who do not wish to leave.

“There are no safe places in Ukraine. It’s quiet today, but no one knows what will happen tomorrow. No one has ever been injured in the metro, but outside people are dying. We want to save our lives,” says the pensioner, who has been staying with his wife at the resort since February 24.

Recently, the couple go out for a “morning walk when there is no shell”. His house was destroyed. “I’m a man, but when I saw her, I wanted to cry. We have no family to go to. What did I do to deserve this?” Gennadi said.

“We don’t want to force people to leave, but we want to restart the metro within two weeks,” said Kharkiv mayor Igor Terekhov. “We are working to relocate people”.

Larissa Nistirenko, a 54-year-old employee, is one of those relocated to a student housing estate in the Slobidsky district (south), which was not hit by the shots.

“In the metro, it was hard. The cold, no showers… Here, we have beds, mattresses, showers, clean toilets, a kitchen, food,” she says smiling in the bedroom she shares with her daughter and grandson.

But this woman, traumatized, breaks down in tears a few moments later thinking of her destroyed three-room apartment. “We have nothing left. We have nowhere to go. My house is destroyed.” 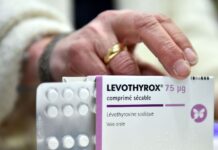 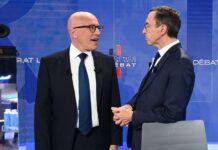 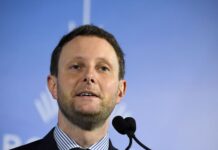 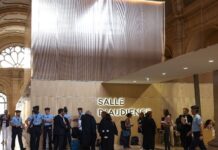 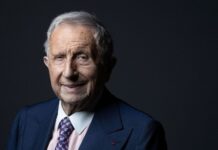 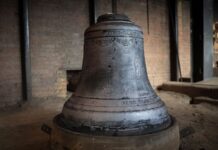