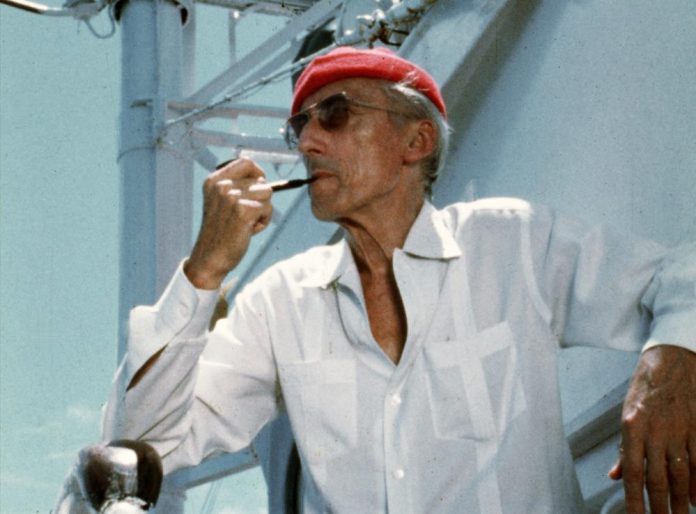 Who exactly was Jacques-Yves Cousteau?

Although he was an oceanographer and an explorer, he did not hold a scientific degree. His voyages were sometimes funded by oil companies looking for drilling sites. He was an environmentalist. He was a filmmaker, who made undersea documentaries that were out of this world. Three of his films won the best documentary Oscars. But he didn’t like the term. He preferred “adventure movies.”

Perhaps Cousteau’s legacy was more fluid than it seems. Cousteau was perhaps more important than any other symbol of a boundless spirit for adventure that led a landlubbing population into magical underwater worlds. Cousteau is the siren of all things sea.

In Liz Garbus’ “Becoming Cousteau”, an editor named John Soh, ABC’s “The Undersea World of Jacques Cousteau”, struggles with the difficult task of labeling Cousteau. He concludes: “He was a men looking at the future.”

National Geographic’s “Becoming Cousteau” opens Friday in theaters. It focuses on Cousteau as a singular figure and his legacy of being an environmental defender for increasingly endangered waters. It is a documentary that portrays the French oceanographer Steve Zissou as a fish who is content below the surface.

Cousteau, who was killed in 1993, said in a recording included in the film, “I am miserable from the water.” It’s as if you were taken to heaven, and then forced to return to Earth.

The film will premiere on Disney+ Nov. 24th. It has one toe in Cousteau’s dreamy, mystical world. This includes the underwater photography he took with Louis Malle, the high-seas adventures on the Calypso, and another in the more serious reality of ocean pollution, which Cousteau watched closely. His Emmy-winning nature series became increasingly dark and alarming in later years.

Garbus says that he felt like Cassandra shouting to everyone about the impending doom at the end of his own life. He suffered financially for it, too. They were like this: These shows are a downer.

Garbus, the prolific documentary filmmaker of two Oscar-nominated films (“What Happened Miss Simone?” and “The Farm, Angola, USA”), began developing the film in 2015. It took many years for the Cousteau Society to grant access.

Cousteau’s second spouse Francine Cousteau and their two children Pierre Yves, and Dianne are the executive producers of the film. Cousteau also had Philippe and Jean-Michel, who both died in a plane accident in 1979. Garbus said that it was difficult to work with the family.

Although “Becoming Cousteau” may not include the late-years squabbling about his large empire, which included the bankrupted Cousteau Oceanic Park near Paris, “Becoming Cousteau” might be light on the squabbling. It doesn’t hide the complexity of Cousteau’s transformation from a former naval officer diving off France’s Riviera in the Mediterranean, to a world-famous entertainer and explorer who captured the imagination.

Garbus says, “I didn’t reread ‘The Iliad’ but I did look back at some information about Odysseus’ journey.” “In the last moment, he’s still on land. He’s told to continue walking and to bring the oar so that people who have never seen sea water can be informed. He did exactly that.

Cousteau also co-created the Aqua-lung which freed underwater diving from clunky equipment and helped to create scuba. Garbus says that Cousteau also paved the way for many generations of filmmakers, including James Cameron and last year’s Oscar-winning film “My Octopus Teacher”. Garbus wonders what Cousteau would think of today’s nonfiction ecosystem.

“What would he have thought if he were alive today, with all the streamers and competition for documentary content?” Garbus says that Garbus wonders if Garbus would change his mind or feel prouder about it.

She adds that “He probably wouldn’t have enjoyed sitting for an extended interview with me.” “But I do hope that he would feel that his life’s work — this message about conservation — was honored in the movie and arriving at a time when we desperately need it. “